...than the split-up itself. (http://writing-mombie.livejournal.com/10359.html)
You probably think: how can that be even possible? This guy hit her, scared her daughter and the police had to be called. But let me assure you: the way he was terrorizing us was on a movie-level; meaning: I would have never thought that I'd find myself in a situation like that. Pychological pressure by blackmailing, threats and much much more.

(If you wanna read the whole story, please search for "pandoras box".) 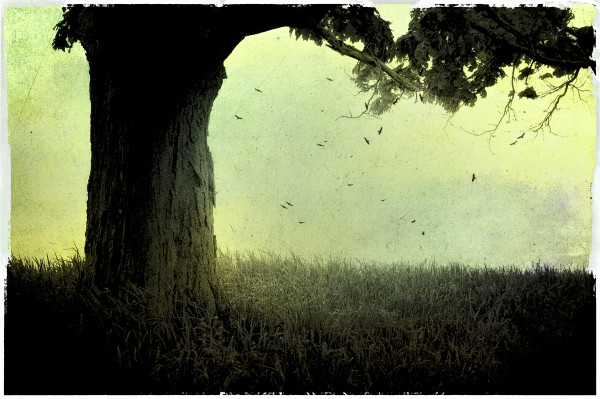 Honestly, I can't even remember what happened first: did I go inside before the police arrived? Did I call my parents first?
I really don't know. I only remember, that my mom and a friend of hers passed by and that a very good friend of mine joined us. Two cops came to our house and talked to me about everything that happened. I showed them my bruises and they filed a special report that was also somehow brought to my ex-husband (of course, he was still my husband at that time).
They explained to me that he had been banned from the house for the next 10 days and that he wasn't allowed to contact me or my daughter within that time.
As you can already imagine, of course, he didn't obey.

Anyways... My mom's friend exchanged the lock of the main door and we sat together at the table for quite a while. Everybody was shocked. I had talked to my mom and my best friend about his outbursts every here and there, but I had never gone into details. The opposite actually: I had always protected him. I can't even exactly tell you why. Maybe because I had blamed myself or maybe because he is my daughter's physical father or simply because I had been ashamed of what he had done to me and that I let it happen... These are questions that I keep asking myself.

While we were all sitting at the table, my mom suddenly said: "Melanie, you should check the accounts." Honestly, money was my last worry in that moment. But of course, she had been right. I was not working at that time and he controlled the income. So, I checked the accounts and found them all empty. Even my daughter's saving account: EMPTY! He earned 12,000 Euro net back at the time but had to steal money from his daughter, only because he was scared that his "evil and money-grubbing" wife could get ahold of it. I am still speechless when I think about it.

The night was sleepless for me (and surely also for my parents, who were extremely worried), but at least my daughter was able to get some rest. So, I decided to read my mails, but couldn't log in anymore. I tried Facebook: same there. Reality sunk in and I understood: not only had my ex stolen my phone, he also knew my passwords. Yes, call me naive, you are definately right in doing so, but as a sign of trust I had always told him my passwords. (While he had a fingerprint controlled Apple Computer that I was not able/allowed to use.) He had changed all of them and was now able to do anything and everything in my name. I tried to change them back, tried to report him, but nothing worked.

And then he called the landline: "You stupid slut, I will destroy you!"
Bank accounts empty, no access to any privat emails anymore... You can't imagine how helpless and betrayed I felt.
Collapse