Your kid(s) should see that you can also be in pain, be afraid or sad.

(If you wanna read the whole story, please search for "pandoras box".)

After he had been forced out of the house, the real panik began. He threatened me to take away my daughter, threatened to destroy me - and, in the same time, told me that he loved me.
One sentence that I will always remember and that he said and wrote (in different variations) several times:
"You don't have to love me, I only want you to behave like we are together. Physically..."

Within the next 10 days, I packed the most important stuff and moved, of course with my daughter, to my grandmother.
Honestly, I was so damn stupid. Out of fear, I left almost everything behind: furniture, appliances.... I didn't get anything back later and I wasn't compansated for it either.

But more happened in that time: Police let him into the house (a huge mistake by these 2 cops!!). He used this opportunity to press me into a corner and threaten me. He also locked a door and stole documents and photos. All this, while the police was there. They did not stop him, which was a more than shocking experience; but I will write about this another time, since it needs its own blog entry!

I began to shield my daughter and me from almost anyone and anything. I kept the shutters closed throughout the whole day and locked each an every door.
When the 9. day came, my family and some wonderful friends helped me to get the stuff out of the house, into the car and to my grandmother's house.
Honestly, I feel so blessed. Without them, I would have been completely lost.

All this was really difficult for my daughter. I wished I could have spared her from this. Years later, she still had the habit of keeping her shutters closed. She had only been 1,5 years old, maybe 2 (because at my grandmother's I still kept closing shutters and doors), but she remembers. It's in her subconscience. She is now 7 and lost this habit only about half a year ago.

I am not saying that I should have stayed with her father. Hell no. He would have done caused much more and severer damage.
But I want you to understand that kids always feel what is happening. They might not be able to put it into words, but they know that something is wrong.
It took me a while to understand this. Even though we are trying to shield our kids from everything bad, they will always get in touch with it - maybe only "through" you and your body language but that's already enough. It is our responsibility then, to explain to them what's happpening. Of course, age appropriate. Our kids should see that we can also be in pain, be afraid or sad. Because they wil have to go through these feelings too. If you always try to hide it, they will only feel that something is wrong, but they won't understand why. And they might think that it's their fault. 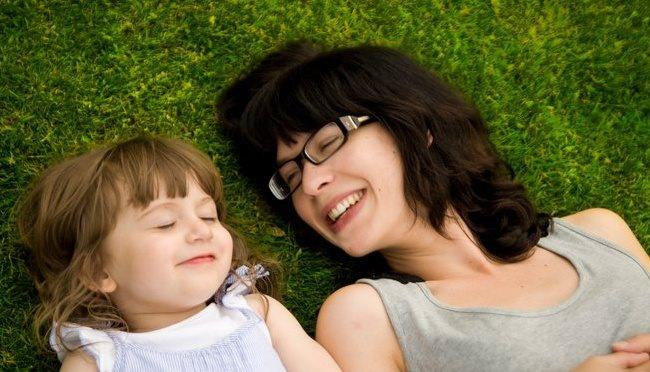 So, I learned to share at least a part of my feelings with my kids. And we talk; we talk a lot and sometimes, we even cry together.
But mostly, we laugh together, because in the end my daughter and I had our happy "end" (but more about that, another time).
Tags: childhood, fear, feelings, guilt, kids, motherhood, pain, pandoras box, raising, sadness
Subscribe