And then the bomb finally detonated!

(If you ware interested in the whole story, please search for "pandoras box".)


“Never forget what you are, for surely the world will not. Make it your strength. Then it can never be your weakness. Armour yourself in it, and it will never be used to hurt you.”
― George R.R. Martin, A Game of Thrones (Tyrion)


In the "end", it all went down very quickly.
In the two weeks after I had told my ex-husband that I meant to leave him sooner or later, we discussed this issue as adults - or so I thought. We discussed the car, finances and most importantly: Anais. He promised me to look after us at least financially, that I could keep the car etc. In my naive mind, I thought that he actually meant it, since he was kinda happy to get rid off us. Well, again, I underestimated his sick mind.

Looking back, I am sure that he plotted against me. While I was focusing on my daughter, trying to figure out where we could live afterwards, still struggling with my bad conscience (Could I really leave the father of my child?!), he planned his secure exit. You will understand later (probably in the nex article).

One night, Anais had just fallen asleep, she was 17 months old at that time, my ex-husband entered the room, switched on the light and began to yell. Anais was completely shocked, opened her eyes and screamed. He didn't care. "I checkd your phone! This guy messaged you again!" Yes, Jake wrote a nice "Good night.". How could I dare to write with someone else but him?! Remember: we were in an open relationship, that HE wanted and that HE enjoyed while I was only talking to someone who lived on another continent. "You think, you can treat me like that?! Don't forget who I am and what I am able to do!!" He screamed and yelled and pushed me closer and closer to the wall. I didn't care, I only cared for my little daughter who stood in her bed, watching us, her beautiful eyes now wide-open and full of fear and confusion. So, I pushed back and since he hadn't expected this, I was able to get free, took Anais and left the room.

Honestly, this was such a scary and stressful moment, that I don't even remember if I went to my parents that night or if I looked myself into a room with Anais until he had calmed down. I really don't know but I will ask my mom later. I just remember THAT he calmed down after a while and that I slept next to Anais that night (like I often did).

The next morning, when I changed my daughter's diaper and clothes, I was shocked: her whole body was covered in a rash. For me it was clear that this was a reaction to the stress she had to go through the evening before. The decision was made:
I had to leave him without any delay!! I had already waited too long.

I first had to bring Anais to the doctor though and since this all happened on a weekend, my ex-husband was at home. When he saw me leaving the house, he stopped me. In the heat of the moment, I said: "I go to the hospital with Anais, since she has a huge rash because of you!" Of course, he wanted to argue again - because that's what he is good at and that's what he enjoys. But I didn't. "I don't have time now. Anais needs medicine. And when I come home, I will get our things and go to my parents." "You will do what?! Why?!" Yes, I know, I shouldn't have said it. But you know how emotions can make you say things that you should better keep to yourself. And so I said: "Because I WILL divorce you!" 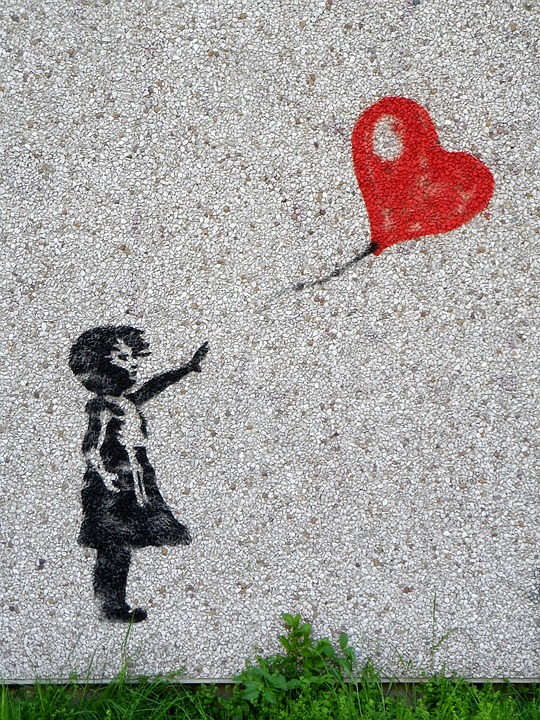 I hurried to the car without looking back, sat Anais in her seat and buckled her up. Then, I meant to call my parents, to prepare them and tell them about the rash, but realized that I had forgotten my phone. My ex wasn't standing in the driveway anymore, but the front door was wide open. I hurried inside to pick up my phone as all of a sudden my ex stormed towards me, yelling "Putin! (He is Belgian and his mother tongue is French.) Pute! Bitch! Schlampe!", in his hand my phone. I froze, holding my arm up in front of me, since he was so aggressive. "I read it all!", he screamed. "You and this Jake, you think you are smart, but you aren't! I will destroy you! You don't stand a chance!"
Yes, I had text messages and emails on my phone, even not hidden, since we had this agreement and I had nothing to hide. The messages didn't even reveal anything dirty, they simply showed that Jake and I cared for each-other. "I didn't do anything wrong! He is my friend. Now, give me my phone, I need it." He began to laugh crazily. I can still hear it and it still gives me nightmares. He suddenly stormed into the dining room, grabbed my notebook and stormed off towards the front door. My only thought was: All my pictures of Anais!! "Give that back! That's mine!" "No, I bought it, bitch! It's mine!" I followed him, pushing on my keys to lock my car. I was extremely scared that he would go to Anais. But of course, that wasn't even on his mind. He opened the trunk of his car and threw my notebook into it; yelling insults at me constantly. As I reached into it to grab my notebook, he pushed me back and then hit me with his arm and ellbow. It made me reel backwards but I had my notebook, held on to it and started running. He grabbed my upper arm, but couldn't hold on to me. I ran around our house and hid the notebook with all my precious pictures, underneath a bush.

When I arrived back at the driveway, my ex-husband wasn't there anymore, so I ran to my car and locked myself and Anais in it. Since I had parked behind the hedges that surround the house, she hadn't seen or heard any of it. But she saw ME in that moment; tears running down my cheaks, breathing fast.

All of a sudden, a loud knock startled me. The son of our neighboors from the other side of the street stood at the car's window. He was only 17 years old at that time, I was 26 and my ex 37. I was never really able to talk to him about it, but maybe he will read this:
You were extemely brave! I THANK YOU so so much!!
He knocked on the window again and I just shook my head. He stayed though, his face all worried and so I opened the window. "Are you okay?", he asked. "No. But it's ok..." "I saw what he did.", the boy said. All of a sudden, my ex-husband walked around the corner, his eyes furious. "Please, go!", I told the boy. But he turned to the 20 years older man and said "I saw what you did and called the police." Then, he walked away. I closed the window fast and spoke to Anais, as softly as I could in that moment. "It's ok, my love. Don't be scared, ok?" But my ex didn't wanna leave. "I only want to say goodbye to my daughter", he said, opening the car with the second key. I completely panicked but didn't wanna scare Anais more than she already was. He opened the back door. You can't imagine how frightened I was. I thought, he would take her. But instead, he leaned over her, towards me and screamed:
"I hope you'll DIE!!". Then, he left with his car, since he knew that the police was about to come.

My little girl was crying her eyes out and so, I swallowed my tears, got out of the car and in again next to her seat, unbuckled Anais and cradled her in my arms, until she fell asleep.

All this still haunts me in my dreams - and I am sure that it also weighs heavy on Anais' soul and that is why I won't ever forgive him!